The Modern-Day Fairy Tale: The Myth of Reach and Drive

In the past, when breed type was more important than exaggeration, flash and showmanship, there was more understanding and acceptance of the varying trotting styles than there is today.

Fortunate indeed are those in our sport who were taught by mentors who had a true foundation in animal husbandry and a real knowledge of working ability in their chosen breeds. Fifty years ago the separation between a dog that could easily perform its intended function and one that could do a lot of winning in the show ring was either nonexistent or quite slight. Dogs were often used for their created purpose during the week (hunting, herding, guarding, etc.), then bathed and brushed and taken to a dog show on the weekend. Breeding programs in many breeds were still based as much on function as they were on beauty. Dogs that could not perform the function for which their breed was originally created were not included in breeding programs. Working and winning went hand in hand.

Times have changed. Look around at dog shows today and you will see a myriad of dogs with structure so opposed to the requirements of their breed standard and trotting movement so artificially created by manipulative breeding that one must wonder how these oddly made dogs could ever actually go out and do a day’s work. In the quest to win, fanciers have in many cases changed the basic proportion and structure of their dogs away from the useful norm toward strange exaggerations with unbalanced angles and bone lengths that produce incorrect side gaits. The long reach and high lift and kick may be eye-catching, but it is incorrect and inefficient.

Yet so many people are captivated and fooled by this movement. "Look at that dog cover ground,” is a commonly heard phrase outside a show ring. But is that dog really covering ground, or is it an illusion? Further, is that dog that people think is covering ground even required by its breed standard to do so?

The original wild dogs (wolves) had to survive on their own. They had to be a jack-of-all-trades, able to track, hunt and efficiently kill their prey. They excelled in sustained locomotion, having the ability to trot for very long distances with tremendous endurance. There was never anything exaggerated about their trotting style. They covered the maximum amount of ground with the minimum amount of effort, keeping their heads somewhat forward for balance and their feet close to the ground through all phases of the trot. This easy, free, energy-conserving gait allowed them to travel for miles in their quest to survive. Fancy? No. Efficient? Yes.

When man domesticated wild dogs, he created breeds for a particular function, and the trotting styles of various breeds differed based upon the structure that was created by selection for a particular use. Dogs selected for bursts of speed, swimming, digging, etc., varied in the way they trotted based upon the proportion and structure that best allowed them to do their specialized work. Unfortunately (but necessarily) at dog shows, every breed is evaluated at the trot, but not all breeds were created to be capable of trotting in the same manner. In an era when breed type was more important than exaggeration, flash and showmanship, there was more understanding and acceptance of the varying trotting styles than there is today.

Movement Is Not Universal

Today there seems to be a quest for a universal style of trotting in many breeds, and breeders have changed some of the critical and fundamental characteristics of their dogs in an effort to create a trotting style that draws attention by its speed, animation and exaggeration, regardless of the fact that the animals being produced most likely would never be capable of performing their original function if asked to do so. While the majority of dogs produced in show breeding programs today are never required to perform outside the show ring, we as breeders should be charged with maintaining our breeds as they were originally intended by the people who created them and wrote their breed standards. It is not our job to change or "improve” our breeds. Yes, of course, there is always something about each individual dog that we would like to change or improve, but that is far different than setting out to change an entire breed into something that is basically a caricature.

There is much discussion today about "tremendous reach and drive” (TRAD). So many seem to think that it is correct, and they want to produce it even in breeds whose standards distinctly describe a structure that won’t produce long stride at the trot. So in order to lengthen stride on a dog, its proportions are changed. Square breeds are all of a sudden longer than tall. Slightly longer than tall breeds are longer still, and the length of their legs is shortened. Breeds that are supposed to be "well angulated” at the shoulder and the hip with a pelvic slope of 30 degrees off the horizontal (which gives them long, low-to-the-ground stride) are being bred with very open angles at both ends and pelvises that slope only 10 degrees. This sets the legs of the dog far out on each end and creates a side gait that is all high lift in the front and big kick up behind, and it’s all in the air. It is this lift and kick that fools so many people.

Dogs that are vertical at both the shoulder and the hip do not stand with their legs correctly under their body for support. They do not have the proper width of their quarters (which produces strong musculature) that is created by correct angulation. Looking at the underline of a dog in a breed that should have good, balanced angulation and width of quarters is so educational. Well-angulated dogs will be short in underline from the elbow to the knee, while vertical ones will be much longer. The two dogs might measure exactly the same from breastbone to point of buttocks and withers to ground, yet their structure will be completely different, and their method of trotting will differ also. The properly angulated dog will swing freely from the shoulder blade and the hip with long, low, easy strides and no wasted effort, while the vertical dog will stiffly "pop” from the elbow and the hip and lift the legs far too high off the ground on both ends, creating a gait that causes the dog a great deal of increased effort and gives it little to no endurance. The higher the legs go up in the air, the farther they have to come back down to contact the ground. And feet only work when they are on the ground; they have no use when they are up in the air.

Long steps means long steps on the ground. Forward propulsion comes from the forceful opening of the hip, stifle and hock joints when the foot is on the ground. The front assembly of the dog carries the majority of its weight, and the front legs go out in front of the dog in motion to keep it from falling on its nose. Front legs do not reach out and "pull the ground under the dog,” as I so often hear said. When the dog is trotting, these muscles cannot pull; they only push. And the front leg is used for forward propulsion only once the leg is perpendicular under the body. Feet that stay on the ground for a long period of each stride create a far more efficient, useful and enduring gait than a dog whose front and rear legs hit the ground and "pop” right back up in the air. It might look fancy, but it is far from useful and demands great effort. Watching a dog that moves correctly should give you the impression of effortless balance and carriage, not struggle and hard work. But far too often today we see the hard-working dog rewarded over the correct one and then hear that the easy-moving dog wasn’t "asking for the win."

An additional problem seen all too often today in combination with incorrect structure is the dreadful habit of dogs being shown on a very short, tight lead, with the head forced back over its shoulders and causing even more incorrect lift of the front legs. This method of handling can throw off even a well-made dog, so think of what it does to a dog lacking correct structure. Incorrectly made dogs most often have very poor foot timing anyway (a one, two, three, four beat rather than a two-beat trot), and having their heads held up and back only adds to their inefficiency. Dogs should always be allowed to put their head where they would carry it naturally in order for the judges to evaluate true gait, and judges should insist on dogs in their ring being gaited that way. If dogs fall apart when let down to navigate on their own, then they should not win.

It is my belief that these incorrect dogs do so much winning because so many judges do not first evaluate breed type. Instead, they fall into the pattern of rewarding the dog that can go around the ring the fastest and fanciest, regardless of the fact that it may totally lack many of the critical components of breed type required in its standard. Many years ago, Anne Rogers Clark wrote words that every judge should live by in the ring. She instructed judges to "first choose the individuals in your ring with the best breed type, and then reward the soundest of those typey individuals.” If we could all strive to judge with that directive in mind, our breeds would be far better served in the long run. 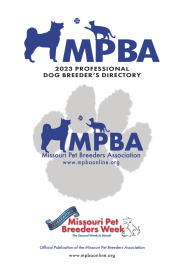 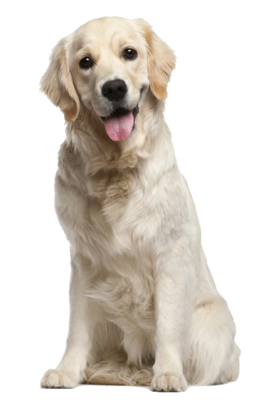